What do you buy the man who has everything? A box to keep it all in. In this case the question was what do you get the company that has everything? At its half century Princess Yachts really does have everything. A world renowned reputation, a phenomenal product line and a dealer network that probes every corner of the globe. So to celebrate, it was decided that a trip back in time was called for, and the search began for an example of the very first model launched – the Project 31.

A suitable candidate was found in the Channel Islands. Owned by an enthusiast that had realised she’d bitten off a little more than she could chew, the 1968 example was basically sound but in a very sorry state cosmetically and mechanically. A deal was done and Project 31@50 was go. 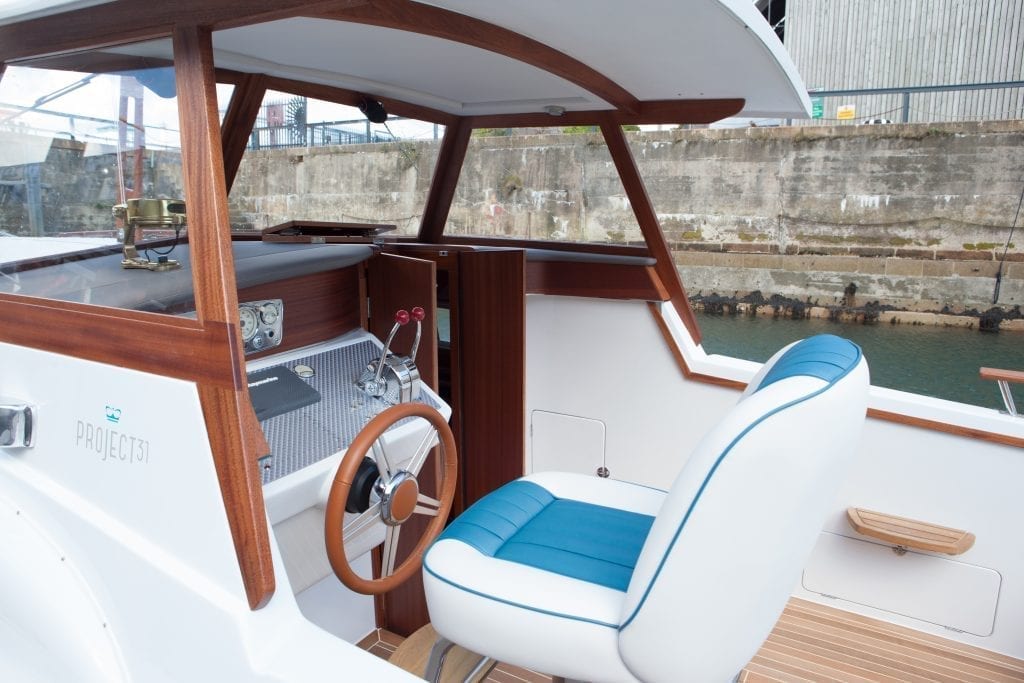 The historic surroundings of the South Yard facility was the perfect place to base the project and the boat was shipped back and located inside one of the stone buildings. The intention was to give the boat a complete renovation using modern techniques, but in a style very sympathetic to the original. Overseen by staff that were involved with the original build (long since retired of course) and aided by some of Princess Yachts latest apprentices the boat has been stripped right back to a bare shell. With the help of Volvo Penta UK and local dealer Marine Engineering (Looe) Ltd the two Volvo Penta diesel engines were removed, overhauled and shotblasted before being re-painted and re-installed plus the fuel tanks have been refurbished. On the outside the boat is being sanded, faired and re-painted in the period white and blue colour scheme.

On board will be a clever blend of modern manufacturing and period style. The engine bay bulkhead and wooden cockpit floor turned out to be severely rotten and are being replaced by latest technology resin infused panels but then overlaid by traditional teak and holly flooring.

Inside, Princess Design Studio are working on a modern interpretation of the sixties interior so the boat will receive the latest high quality high gloss carpentry finish, including sapele wood, which will be used to ape the original woodwork. Likewise the saloon table will feature modern marquetry but in the original gingham design whilst upholstery will be contemporary fabric but in the original red colour scheme. 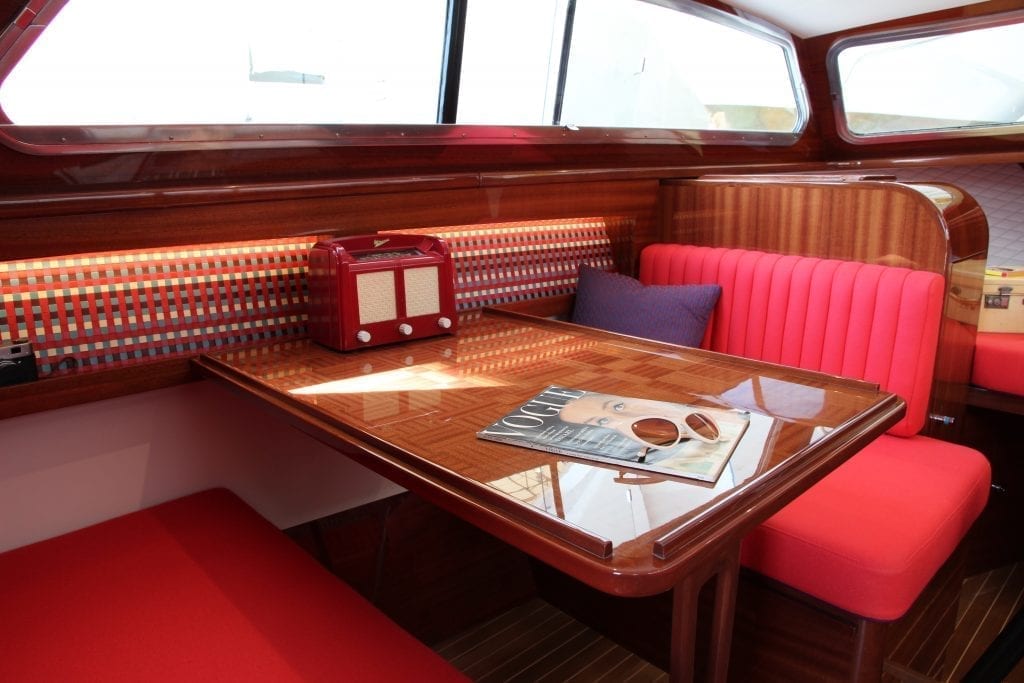 To be presented to the world at the Cannes Yachting Festival in September. A unique fusion of sixties originality and twenty first century engineering – Project 31@50 neatly connects the company’s ancestry showing just how far Princess Yachts International has come during its half century.