Sailing around Europe is on many a person’s travel wish list and it’s home to some of the most beautiful sailing destinations in the world. From sun-soaked Mediterranean hotspots to quiet anchorages in the cool pristine waters of Scandinavia, we’ve rounded up some of the best…

Island hopping around the famously beautiful Ionian islands offers some of the most visually stunning scenery in the world. Start from Corfu or Lefkada and then cruise through the turquoise waters stopping off at each of the seven large islands along the way. For more off-the-beaten-track destinations there are also lots of smaller islands to discover and explore – the lesser known Paxoi and Antipaxoi make excellent sailing destinations. Expect all the usual clichéd Mediterranean images such as pretty harbours filled with colourful fishing boats, white-washed villages, beautiful beaches and traditional tavernas. 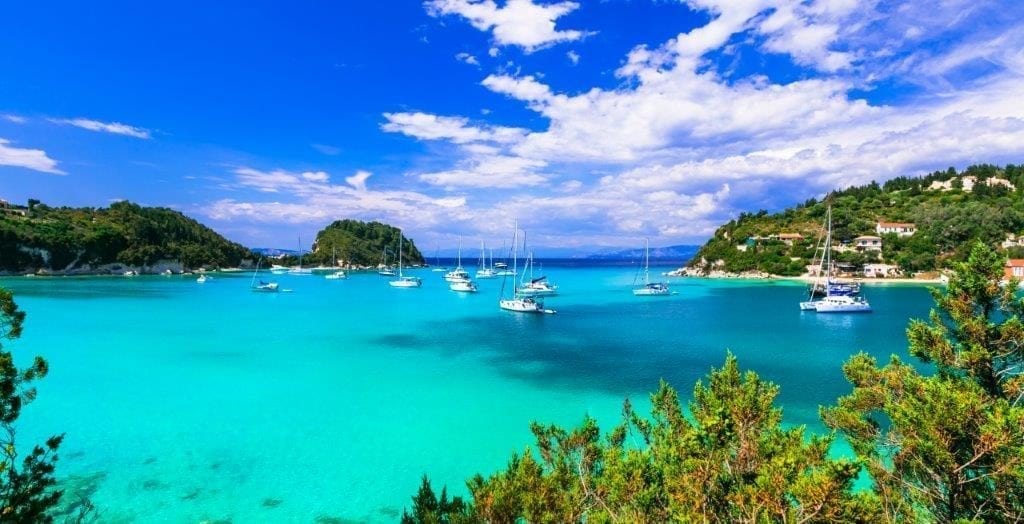 The Azores are a cluster of small Portuguese-owned islands located in the Atlantic Ocean. The volcanic islands are known for their lush green vegetation and dramatic lunar-esque landscapes and they are perfect for exploring by boat (Horta is a good starting point). Their remote location means they are unspoilt by the tourist masses and if you’re lucky enough you’ll also get to see the odd whale or dolphin along the way.

Croatia is an increasingly popular travel destination in Europe. Sometimes hailed as the ‘new Greece’ or the ‘new Riviera’, this part of Europe offers beautiful beaches and a traditional way of life. There are no fewer than 1185 islands along the crystalline Adriatic coast, and one of the best ways to explore them is by boat. Head off from the historic cities of Split and Dubrovnik and make sure you include the luxury holiday island of Hvar, the timeless island of Vis and the more remote islands of Kornati or Elafiti. Expect traditional fishing villages, beautiful sun-soaked beaches and a plethora of picturesque hidden coves. 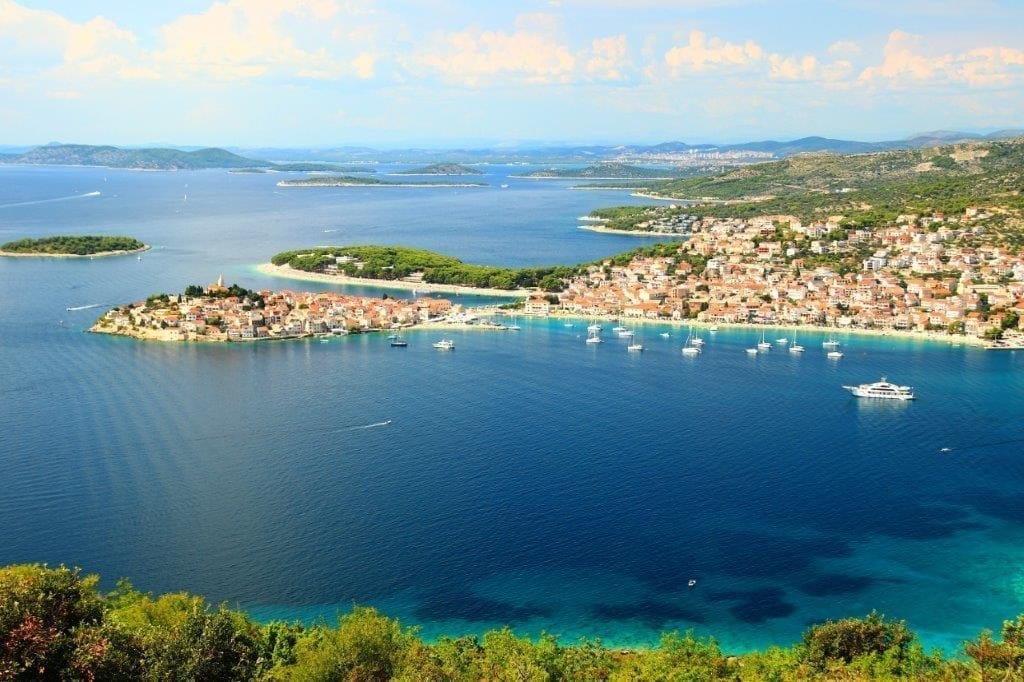 The brackish inland sea is bound by the Scandinavian Peninsula, Europe mainland and the Danish islands. Although island-hopping in this part of Europe might not be at the top of everyone’s travel wish list, it offers some really unique locations. Start at Stralsund and include the wild sweeping landscapes of the car-free Hiddensee island and the deserted white sand beaches of Rugen island. If you can, extend your trip to include the beautiful Stockholm archipelago and the Danish Islands which includes the Isle of Langeland, a place where wild horses roam free.

Many may think the South of France is a victim of its own popularity but it’s still one of the most beautiful sailing destinations in Europe. Start at the millionaire playground Saint-Tropez and navigate your way along the glitzy coastline stopping off at Cannes, Nice and Monaco which has been a magnet for high-rollers and hedonists since the early 20th century.

Bay of Naples, Capri and the Amalfi Coast, Italy

For the most uniquely beautiful coastline in Europe, set sail from Naples and head down the coast towards Amalfi a town dramatically set below steep cliffs and the exclusive resort island of Capri. Expect sunny shores, pretty towns, fine food and wine and spectacular scenery from this part of Italy. Make sure you stop at the famous Blue Grotto, the honeymooner’s favourite the Isle of Capri, the volcanic island of Ischia and the impossibly pretty coastal town of Positano. 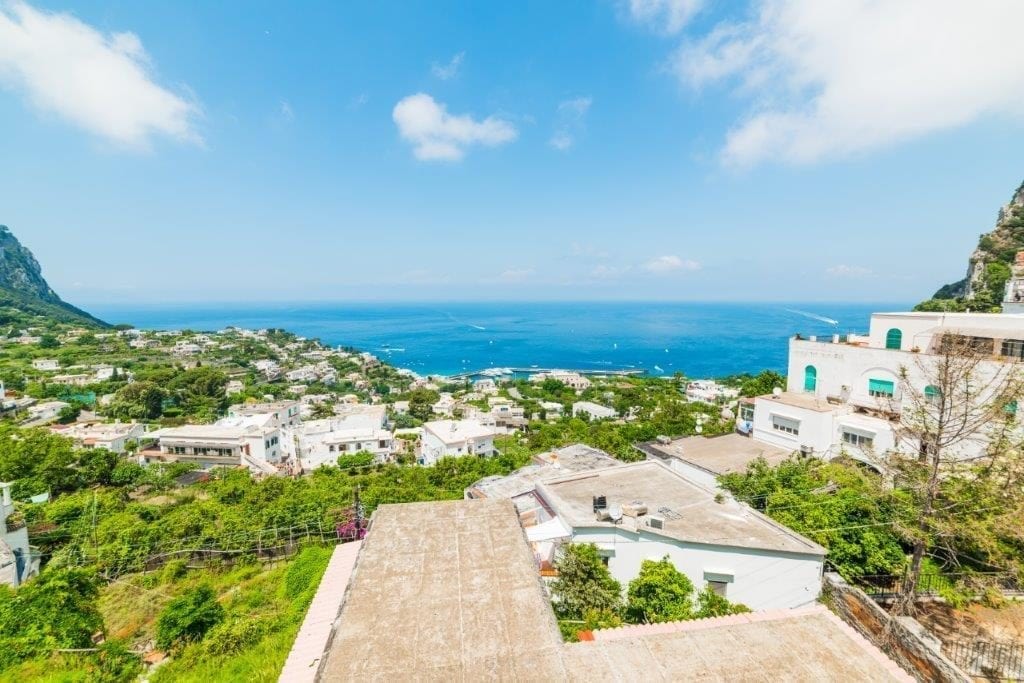 For more Mediterranean finery, start at the cosmopolitan beach resort Bodrum which is situated along the glistening Turkish Blue Coast and make your way to the sun-drenched Greek Dodecanese islands. This part of Europe is known for its ancient amphitheatres, rocky coastline and sunken villages. Stop off at one of the countless bays to swim or snorkel, and make sure you include a stop to the traditional island of Leros. Other highlights in this part of Europe include the peaceful and unspoilt islands of Aspronisia, Tiganakia and Marathi.

You won’t be able to rely on having good weather, but this part of the United Kingdom is just as beautiful as many of its European rivals. Over 95 miles of uniquely formed ancient coastline stretch all the way from East Devon to Dorset. Otherwise known as the Jurassic Coast, some of the rock formations here are 185 million years old and forms England’s first natural World Heritage Site. Set sail from Weymouth Harbour and stop off at all the local beauty spots – Durdle Door, Lulworth cove and numerous historic coastal villages.

The Balearic Islands are a beautiful and eternally popular travel destination and it’s possible to avoid the tourist crowds here if you know how. The cluster of Spanish islands include Ibiza, Mallorca, Menorca and Formentera; all major holiday spots known for their sun-drenched beaches and sparkling blue waters. Also include a few stops to the pretty, unspoilt towns of Deia in Mallorca and the secluded Ibizan bay of Cala Llentrisca.

With over 200 beaches, chic coastal resorts and a fine climate, Corsica is one of the best kept secrets in the Western Mediterranean Sea. It’s a fairly isolated position which has thankfully kept the tourist masses away so you can expect a more traditional and peaceful travel destination. The coastline is beautiful with unspoilt beaches, hidden coves and secluded bays which are best appreciated from the deck of a boat. Highlights include the attractive town of Ajaccio which is encircled by mountains and Bonifacio, a major port with a restaurant-lined harbour.

A sailing trip here will offer you some of the most tranquil and breath-taking scenery in Europe. The spectacular fjords – which many are UNESCO listed – were formed by glaciers during the last ice age and today they are a dramatic sight where tranquil blue waters gently lap at lush green shores which rise to majestic granite peaks. Gaze at picturesque villages, isolated farms and gushing waterfalls on your sailing journey through the cool and calm waters. Enjoy! 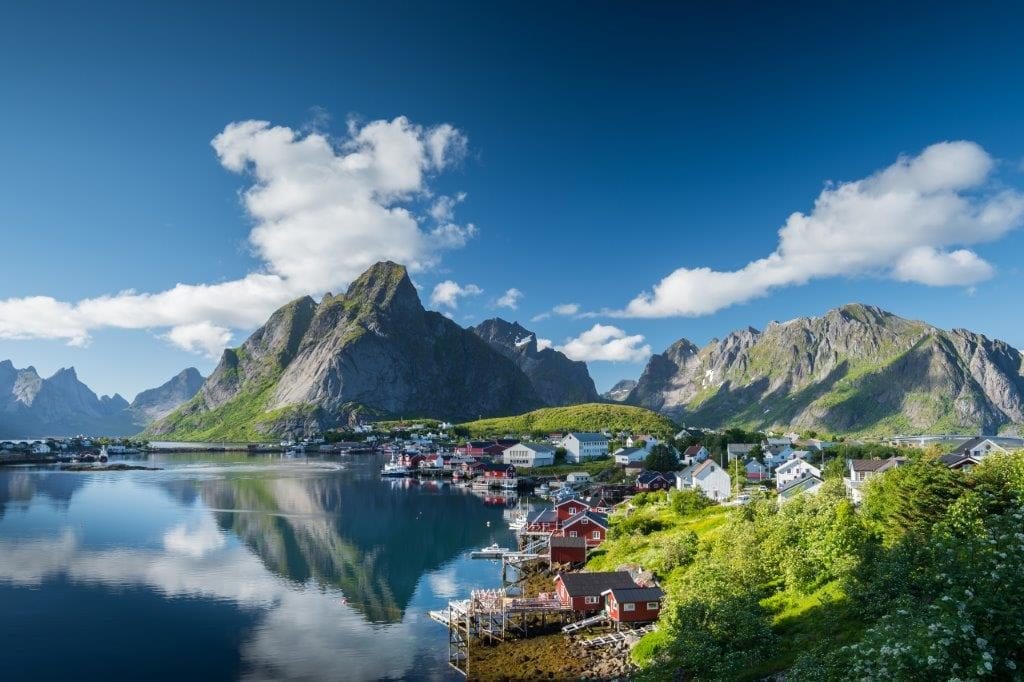